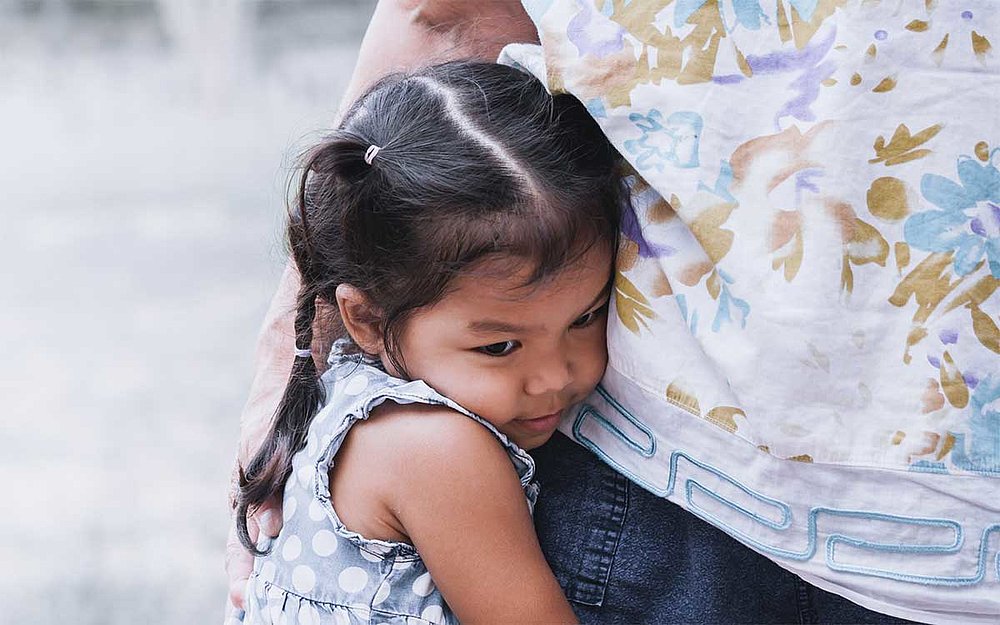 Illness, death and mourning are part of life and therefore it is important to deal with these issues. They are life experiences and therefore tabooing is not a solution. It is necessary so that children “keep their innate curiosity and verve and do not develop a fear of it. They sense and experience contradictions and dishonesty in the subject,” the authors of “Sterben, Tod und Trauer im Kindergarten. Begleitbuch für Erzieherinnen und Erzieher” write.

In addition, children grieve differently than adults. They quickly start playing again and seem carefree. Even if this may irritate adults, it has a good reason. Because the child “will also take up this topic in his play”, says the German psychotherapist David Althaus to Bayerischer Rundfunk. He too advocates answering children’s questions in simple language. Distressing details should be left out.

Babies and toddlers have no concept of death yet. Very young children perceive the environment physically and with their senses and thus react to changes. They register when they no longer receive unrestricted attention.

Around the age of 4, children begin to ask questions about death. They are not emotionally affected by the thought of death, but rather curious and interested.

By the time they start school, most children have come into contact with death in some way. Through a death in the family, the death of a pet, a dead cat at the side of the road - or through television pictures from war and disaster areas. But children still have no idea that death is final. That is why kindergarten children often think that when a person has died, they can also come back to life.

...and then there is the war

Popular German TV-programm Sendung mit der Maus asked a media expert whether and how war should be talked about with children. Here are a few excerpts.

Media scientist and media educator Dr Maya Götz is convinced that even children under the age of three notice when something is going on, but it usually does not affect them much. At this age, a short explanation is usually enough for them to be able to classify the event: “Yes, that’s right, something is going on in a country far away from us. There is fighting going on there.” The message: “We are safe here.”

From the age of three to four, you can calmly explain the current situation: “It’s war. A man from a big country wants to rule in another country and that is why he is waging war. But that is forbidden...”

Four- to five-year-olds often already have pictures of war, so it is important to let them tell or draw what they imagine. Observing this is a good way to get into the subject without “imposing” it on the child. And again, you can explain in simple words that fighting is going on in another country.

From the age of five or six, children often approach adults and tell them what they have overheard. Again, the explanation should be kept as calm as possible: “Yes, it happens in a war that people die, that is why many people are taken out of the country. Some women and men stay to fight.” The message: “You are not at risk here.” Lighting a candle together or donating something can also help.