Media consumption for children at daycare and kindergarten 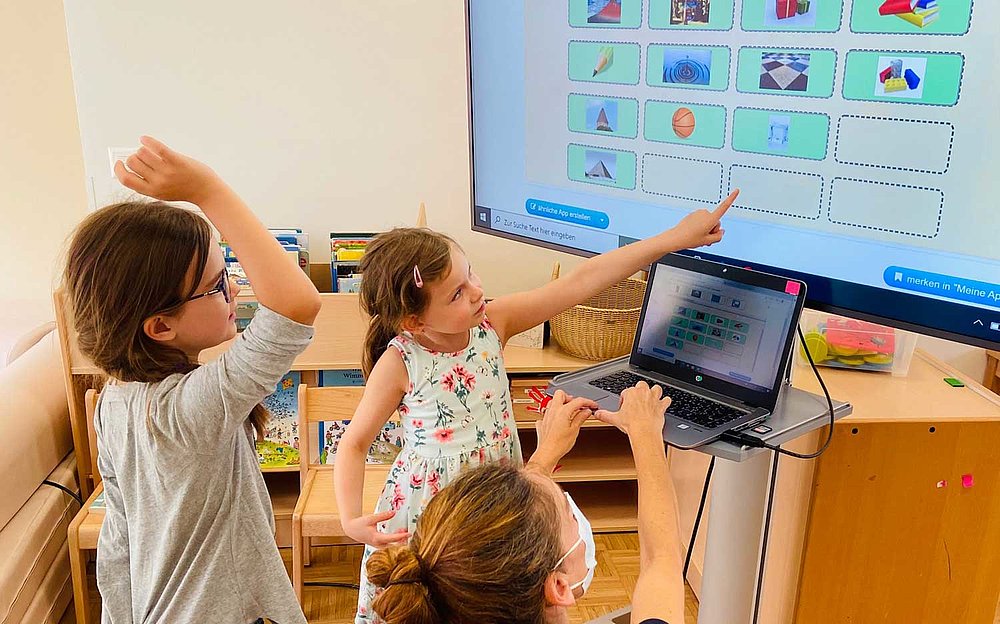 As a parent, you probably have made your own experience during the Corona period: smartphones, computer games and television have become more prevalent in our life. That in itself is not a problem. That›s why we at globegarden put quite an effort into teaching media skills, i.e. how to handle CDs, books, but also computers or tablets.

Playing, cycling and handicrafts are more interesting than smartphones

A Swiss study has determined that 25 percent of six- and seven-year-olds in Switzerland have their own cell phone or smartphone. Still their favorite activities at this age are playing games, drawing, playing soccer, riding bikes or swimming. Children are all about being active in some way, and if there’s a ball at hand, it’s still more attractive than the cell phone.

It is also important to consider that children acquire skills that they will need later through their use of the media. That’s why we set priorities in daycare and kindergarten and make offers so that children use media in a “meaningful” and “healthy” way, i.e.

This is how much media are part of family life

Parents have it in their hands how children use TV or smartphones, write the researchers of the 2020 study “ADELE - Activités, Digitales, Education, Loisirs, Enfants” commissioned by the Swiss Health Observatory (Obsan) as part of the National Health Report 2020 “Health in Switzerland - Children, Adolescents and Young Adults.” It found that the households four- to six-year-old children grow up in are equipped with a whole range of digital devices. Almost all families have a smartphone and the majority have a TV and a laptop. In 40 percent of households, there is a fixed game console, and a third have computers specially designed for children. Incidentally, the equipment does not depend on the gender of the child.

For parents: How to use media successfully at home.

Games on smartphones or consoles, funny YouTube videos or series on TV have a strong pull. As parents, you can counteract this with a few tricks:

Pay attention to the age recommendations, because they serve as a useful guide.

Watch the content together with the children and observe how they react. Children under the age of three should primarily discover their immediate, real environment and need direct contact with people and things. Digital media can be used as a supplement here, e.g. by skyping with grandparents or looking at photos together.

Here are the tips on how to use media with children, in 17 languages.